It has been over a month since the last post was published. Because of this I’ve decided to share a full album, a first for this blog. Today I am very happy to share sounds I have been listening to for a while.

The album “In Motion” by Victory Heights was released in June 2014. The genre is post-hardcore, but this album offers a lot more. From the moment I first listened to this album, “In Motion” became one of my very favourite albums.

The third track “The Fever” is probably the most complete tune, and I listen to this track most often. About “The Fever“,  Victory Heights say “Who is that one person who ruins your day? This song is for them!”
Their lyrics are influential. Most of the songs on this album are based on negative subjects, and it tends to show their understanding of life, particularly what’s going on with younger people. I am very sure that lots of listeners are encouraged by their songs.
The sixth track “Young and Divine” is a fun song. You can find from this song that Victory Heights are the guys who love having a good time, no matter what.
The eleventh track “Revolution” is another strong tune and another one of my favourite tracks. What’s more, they completely transformed this song into a beautiful acoustic version, which you can hear at the end of this album. It closes the album nicely. 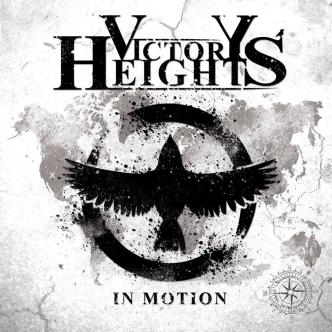 Listen to the album via Spotify;

Victory Heights are an unsigned American post-hardcore band formed in 2011. They made their name as one of the most anticipated, up and coming unsigned American post-hardcore acts of 2012.
Their charisma and personality, combined with their catchy yet honest and hard hitting music has made their goal a reality. They make a point of representing themselves as a positive and fun group of people. The quintet is characterized by a critically acclaimed an energetically unmatched live show. They have found their musical niche on the fine line between hard hitting post-hardcore and bouncy, fun pop music. It is no mystery that the music industry is one of the toughest to succeed in. However, one thing is clear to anyone who has seen the band perform or listened to their music: Victory Heights are here to stay. They are more than a band, more than five dudes on stage playing music. It is more than CDs and shows. We should expect big things from these boys. 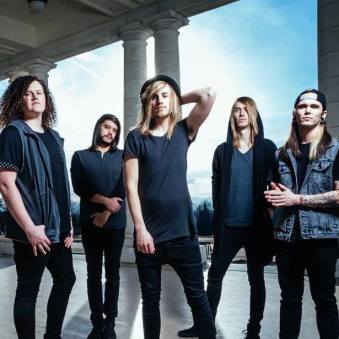 Victory Heights are currently on their long international tour.
They will land on Great Britain very soon for their two weeks(+) UK Tour. Check out the dates and venues on their facebook page!
I heard that they have been recording their new album in recent months. So I am hoping that we are able to hear their new tunes when they play in UK. So exciting!!

If you want to know more about Victory Heights, click the links below;