The Glaswegian punk quartet Century Thirteen released their 13 track full album recently.  They have already released four EPs since the band was formed in 2014. Now their music is stronger and more diverse in sound than ever Century Thirteen have been, and this album is their best work to date.  The album introduces the band with a blend of pop punk and elements of Alternative Rock. Not only pop punk fans, but a wide range of rock/pop listeners will enjoy what they have crafted for sure.

Today I am happy to share their self-titled album with their track by track breakdown through their own words and talk of their inspiration behind each song (including the answers to a few questions we asked them). You may find yourself relating to the songs after reading their words. 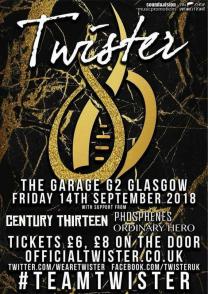