Southampton based emerging alternative rock band Dali debuted with a stunning single “Sedative” almost 7 months ago. Since then, the band had to face a lineup change along the way to release their second single “Contraband”.

Dali have just released their third single “Lungs” which is supported by the thrilling music video. Their fast-paced and hard-hitting intro shows off the tasteful riffs and the powerful drumming , which are very attractive. The tune moves to what is like a moment of a calm before the storm which brings in Matt’s distinctive vocal. As it is so distinctive, his vocal style might not be everyone’s favourite. However, because the vocal is so unique, the band can find their way to all their listeners. Also at this point, the bass gets more exposed, and then the song gradually get back to faster and heavier sounds. Their songwriting is very appealing. “Lungs” is the best from Dali by far. You can sense how the band are like live in this video, which includes some clips of their storytelling where a female actor is added.
You can watch and listen to “Lungs” here:

You can read our previous review, click here: Dali – “Sedative” 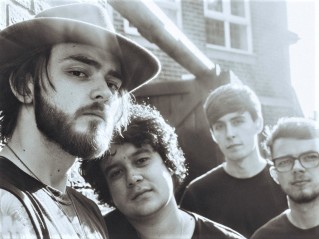